Original model still exists – and is up for sale!

Add to the Archive!

Original model still exists – and is up for sale!

Because Landmark Entertainment has morphed, divided, and rebranded since 1985, the whereabouts of the original Laboratory model had been unknown ... until now!

In late May, 2020, I was delighted to discover that the model is intact, looking awesome, and up for sale! 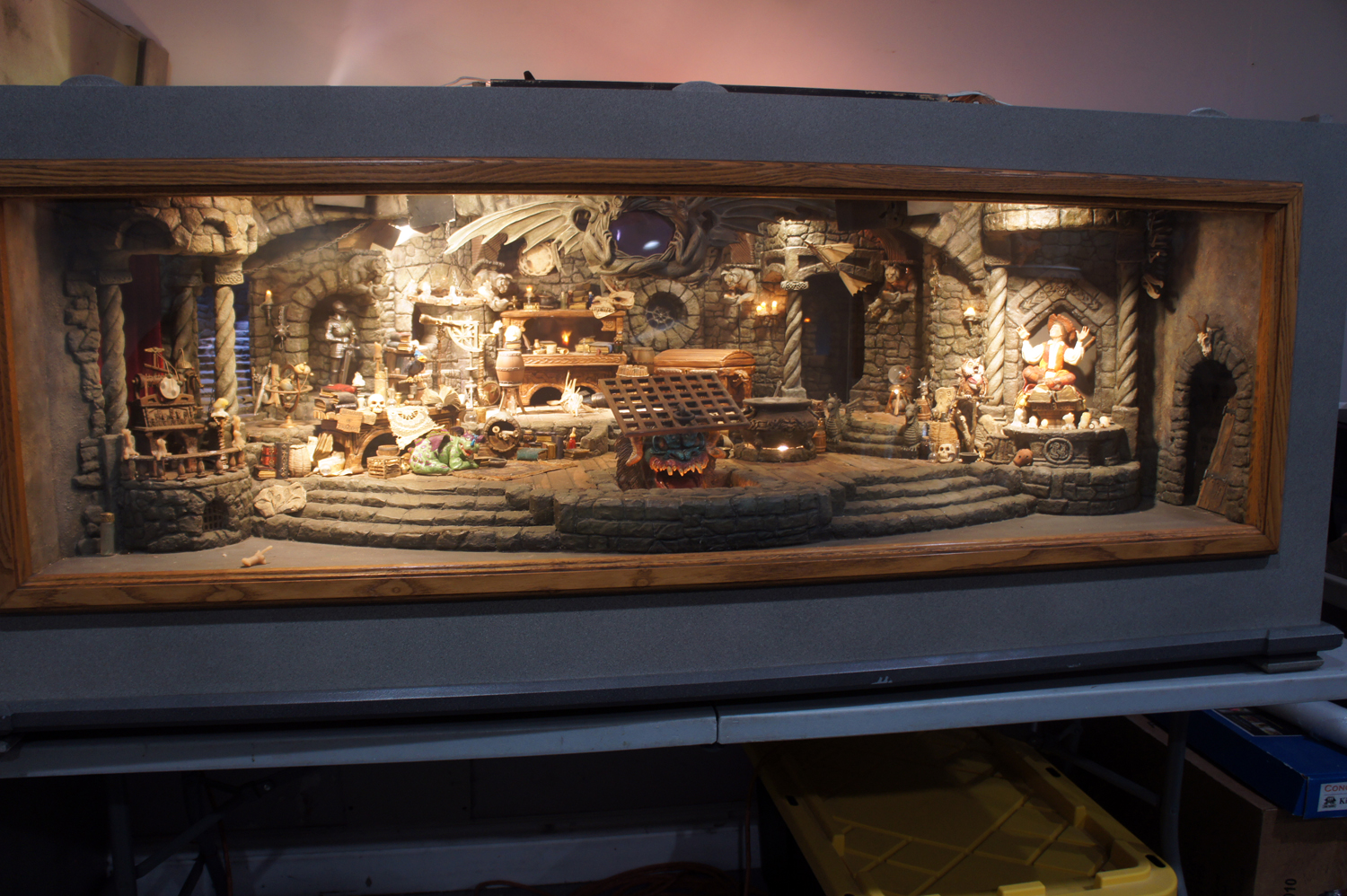 I spoke with Alexander Gonzalez, the current owner of the model.  He shared the amazing story of how he acquired the model with me:

One day in March of 2020, a friend of his - who works for a cleanout company - discovered several interesting models abandoned in a California warehouse that was being emptied.

"If my friend had just ignored this stuff, it would have been destroyed," Alexander explains.

In addition to the Laboratory model, there was a model ship from Captain Power and the Soldiers of the Future TV show (1987-88), and a concept model for a never-built Calaveras County Family Fun Park, featuring a model train.

"That's where my friend came in and made me a deal," Alexander explains.  "He knows I'm into model trains.  This was right around the beginning of this whole [COVID-19] pandemic thing, and I was going to say 'Really, I'm OK, thank you' but it was so interesting I had to go look at it." 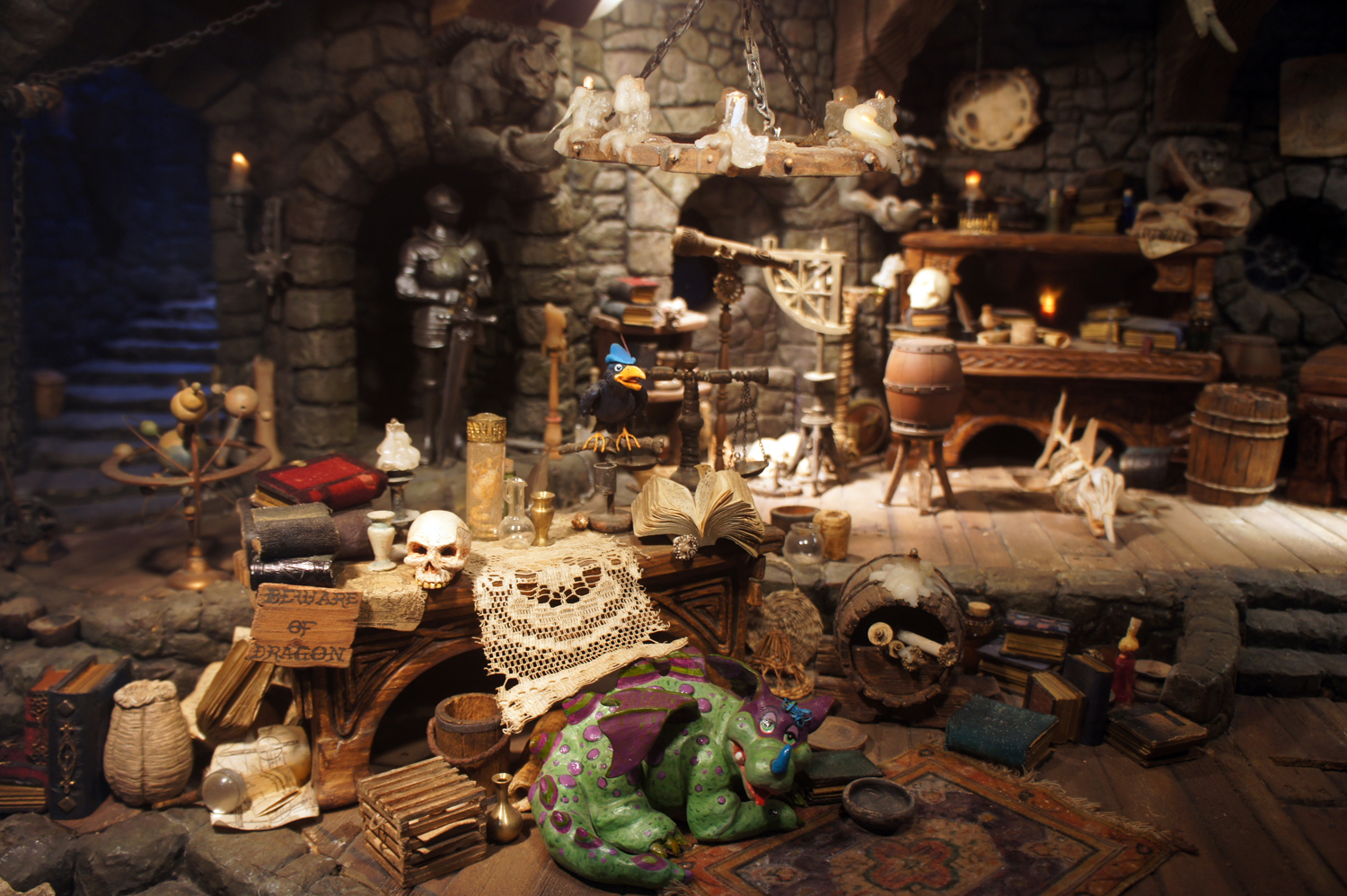 The Laboratory model is 34 inches deep, 28 inches tall, 63 inches wide.  Alexander estimates it weighs around 400 pounds.  It has a glass front, lift-off lid, and a single switch and power cord for lights in the ceiling, floor, backstage, and candles.

"Ninety percent of the lights are working," Alexander reports, "and there are only a couple of damaged pieces, but nothing that a little glue can't fix."

After acquiring it, Mr. Gonzalez set out to research what it was a model of.  "There are no markings on it, so I couldn't type anything on Google," he continues.  "My cousin told me 'Hey, you should post it on this site,' which was the Practical Effects Group on Facebook.  If I find something rare, I want to find a group of people who are passionate about it because I could not find any information on my own."

Even though the Practical Effects Group is primarily for film and TV special effects props, a Laboratory fan in the group recognized the model, helped Alexander identify it, and sent the information to yours truly.

As of this posting, the model is available on eBay here.  Asking price is $50,000, or you may make an offer.

I’m so glad to learn that the study model for the Enchanted Laboratory of Nostramos The Magnificent is still intact. I remember that model well & saw it many times during the development of the show. I’m Joe Peczi who was the originator of the Enchanted Lab show concept for Busch Gardens, Williamsburg, Virginia. The development of the show & that model came about as the result of a show concept proposal I presented to company management for a new show at the park. I was the corporate director of Entertainment for Busch Entertainment Corp at that time. The model is a very faithful precursor of the finished set built for the show. I’m retired now, but would sure love to have that model as a memento of one of our most successful productions, but the asking price at $50,000 is way beyond what I could pay for it. I live in Las Vegas now, so getting to Los Angeles to obtain the model would not be difficult. I do own the 3 animal maquettes that were the animatronic characters in the show, so having the model also would be a real treat.